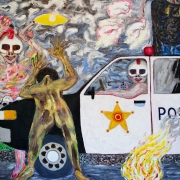 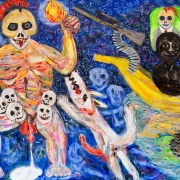 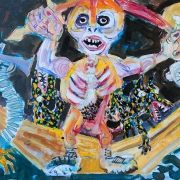 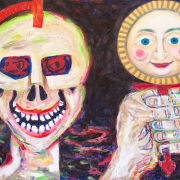 Democracy Looks At Itself 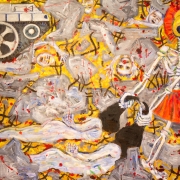 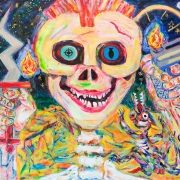 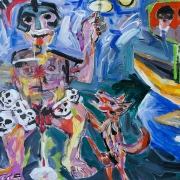 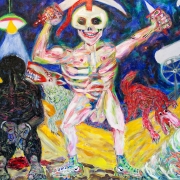 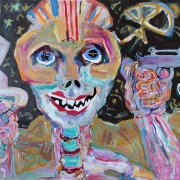 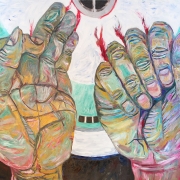 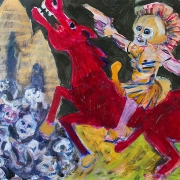 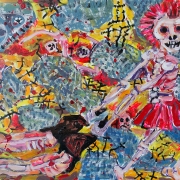 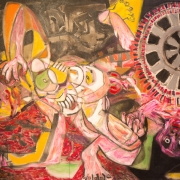 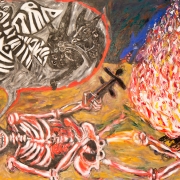 The title of this series came about after George Bush invaded Iraq and when asked about America’s justification for war said, “We are Spreading Democracy.”  I knew they weren’t there to spread democracy. It was to spread Capitalism. I did several paintings in reaction to the invasions because I was angry at the deceit.

While the series is called ‘Spreading Democracy’, it could also be entitled ‘The Million-Year War’. Slavery and all of the other actions that occurred with man’s inhumanity through the centuries, I felt needed a symbol. I came to a character or figure that symbolized oppression and war to me. Ancient Rome reminded me of the American moral quagmire. I anthropomorphized war. I could see the cycle starting to build again for some kind of capitalism and war, preparing the military.

There are a lot of ancient religious texts that were written to keep the poor downtrodden. Slaves were told to obey their masters and accept their fate. It's an issue I have with religion. Those passages kept a lot of men and women in chains for a longer time than needed.